Rumors have it that a mysterious heroine will visit Chu in the near future. I believe that you're all guessing who she is. Today, Yuexiu will reveal her true identity for your highness. 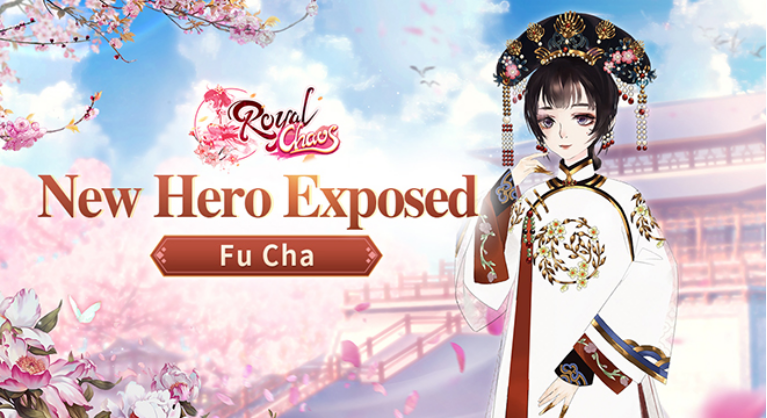 She was born under the Manchu Bordered Yellow Banner, and became a consort of the Qianlong Emperor of Qing Dynasty. In the eyes of the emperor, she is like a pure pearl. Even bathed in infinite glory, she can always remain gentle and humble.

The relationship between Qianlong and her is so romantic, beautiful and touching, which has become a popular story told by many generations.

Allow me to introduce Fucha, the Empress Xiaoxianchun, to you!

In Royal Chaos, Fucha is a fabled Gourmet, who heals allies and provides strong protection for the team. She is also an entertainer, suitable to work in the Ministry of Rites.

Recover HP of all allies, and recover self HP over time, lasting 2 rounds.

Add 3 layers of petals to all allies at the beginning of the battle. One layer of petals will fall after withstanding a certain amount DMG. Some of her HP will be recovered after all the petals fall.

Fucha is coming to Royal Chaos very soon, be ready to meet her in the game!