New super fabled hero, Diaochan, has joined Royal Chaos in the latest update. As one of the four ancient beauties, she is not only an elegant good-looking lady but also a strong damage dealer with control skills. Let Yuexiu tell you how strong she is.

Diaochan is a fabled Physician hero with AoE damage and rage reducing. Plus, her Basic Attack marks damage boosting tags on enemies, makes her a powerful fabled hero with damage, control, support abilities. Yuexiu suggests team her up as a damage dealer with control ability.

Moonlight Shadow: Attack 8 times, dealing DMG to a random enemy each time, and tag the enemy, lasting 1 round. Until 3 layers are tagged, the enemy will receive explosion DMG, decreasing HP and Rage.

100% probability to tag the target at basic attacks. The allies deal more DMG to the enemy with a tag. (The tag cannot be dispelled or immune to.) 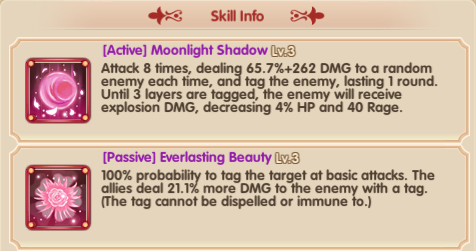 Bliss set & Merak set is the most suggested for Diaochan, gives AGI, HP, ACC, and Crit boosting. The powerful tag with damage boosting and rage reducing is her best strength. Higher AGI makes her tag the enemies faster to help your team get a head start in the battle. 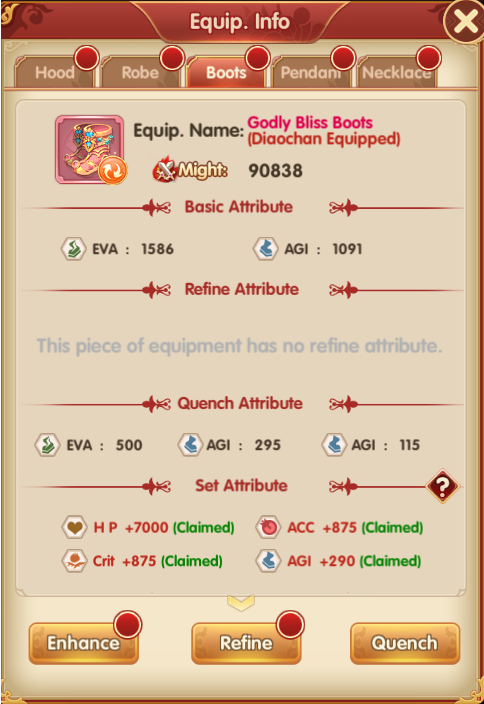 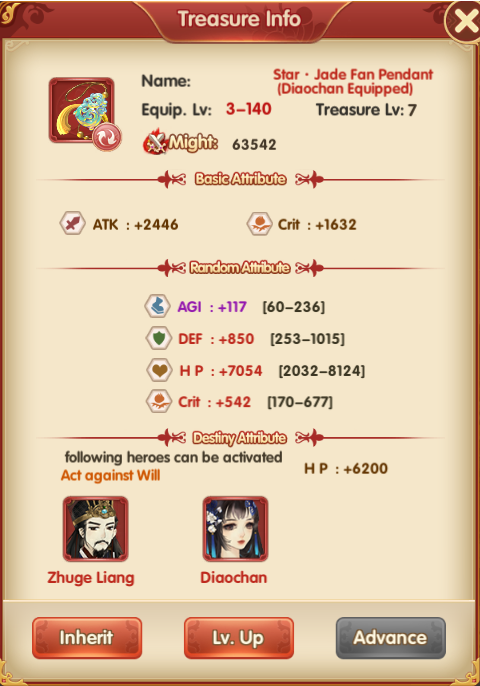 According to Diaochan's positioning and skills, AGI, ATK, and HP Gems are highly recommended.

If you pursue extreme damage dealing, you may try AGI+ATK+CRIT Gems match which will maximize Diaochan's damage ability. 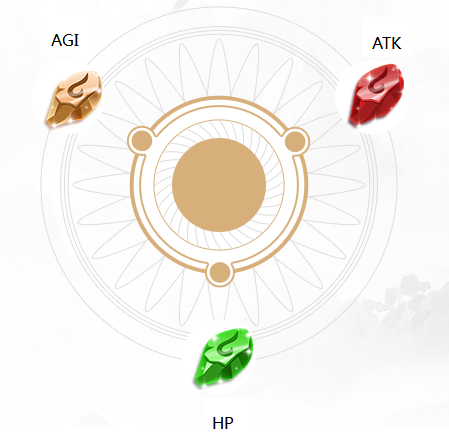 According to Diaochan's skills and abilities, Yuexiu recommends the following formations.

Formation Recommendation for each class:

Start with Prince Jing's crowd taunt matching with Fucha's shields, to create more attack chances for your other damage dealers. With the damage boosting tag, Diaochan deals damage and rage reducing to block enemy's skills. Also, Scholar and Zhuge Liang's damage will be enhanced massively by her tag. Fucha protects the whole team as a healing supporter.

With Diaochan's rage reducing and Chef's protection, 3 back scholar heroes would be able to deal damage to enemies more safely. In this formation, Diaochan moves first to trigger her tag in advance, then Zhuge Liang and Xuanji's AoE damage lower enemy's HP for Libai to reap. 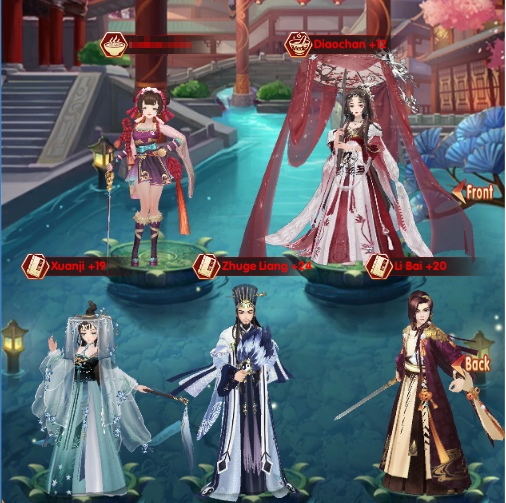 Physician's powerful full crowd control plus Diaochan's rage reducing will extremely block the enemy's skill casting. With the high damage boosted by Diaochan's tag, Song Yu deals more damage to the enemy's front tank heroes and creates chances for (damage boosted also) Libai to reap. As for Fucha, she will protect the team with her powerful healing & support abilities. 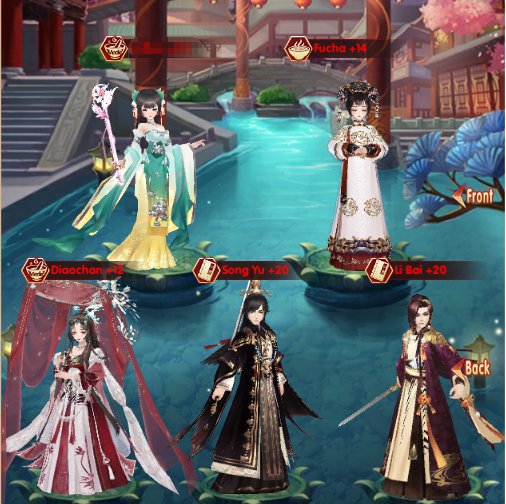